George Murray wrote his own eulogy, a poem titled “EXEUNT”. I don’t think he intended it to be his own eulogy, or even part of it, but when he died in 2010, his children all agreed that this poem was the perfect sendoff.  Here it is on the original typed page, and below, as it was printed on the prayer card  handed out at George Murray’s funeral, along with a late-life photograph of him…

The Episcopal minister who performed the service was startled and moved by the poem.  Startled that it was written by the deceased a few years before his death, and contained a blessing.  Moved by the lovely words, the reconciliation, readiness, and satisfaction with his life.  The minister recited EXEUNT as part of the service, and we all wept.

The word “exeunt” as the poem’s title is exquisite and perfect, with multiple meanings.  In the original Latin, exeunt it is the third-person plural, present active indicative of the verb “exire” which means to: go, sail, march move, or out, forth, away, or pass (away), expire, perish and/or die.  Apropos, clearly!  But even better, the modern usage (since Shakespeare) of “exeunt” is: as a stage direction in a printed play, to indicate that group of characters leave the stage.  Ha!  Not sure if he wanted the plurality (i.e. “exeunt Hamlet and Polonius”) to refer to the multiple characters within himself (as in multi-faceted personality, not a disorder), or if he was ignoring it, and taking artistic license as he prepared to exit the stage as one, individual character…

Knowing my dad, he had all these definitions and usages in mind as he titled the poem. Perhaps he began with that one-word title, and then wrote the poem around it.  We’ll never know, but please enjoy it nonetheless…

And when he died
in his bed,
the bright angel
of his deepest hopes
left him
and wandered about
his rooms
for a last look,
then blessed him
and was no longer
saddened
that he hadn’t
done enough. 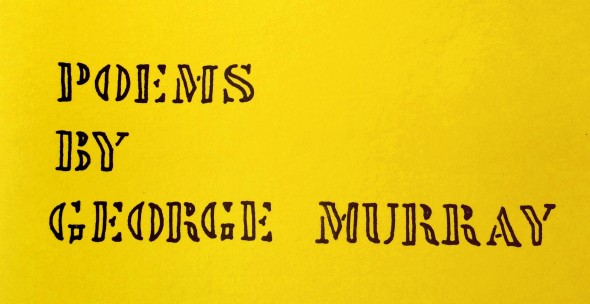 One thought on “EXEUNT – poem by George Murray”

This site uses Akismet to reduce spam. Learn how your comment data is processed.